The timer executes the code once at a certain time. Its execution depends entirely on the time. After the thread OS allocates memory space to it, it will completely wait in the thread queue like the main thread. Therefore, the timer is preemptive execution. As long as the time comes, it will execute immediately due to high priority, affecting the program execution speed, The thread will enter the queue with other threads.

Their uses are also different. Threads are used for concurrent execution and program synchronization, while timers only do some work that must be done regularly, such as refreshing windows. But if you use a timer to update the time, it will not pay off. Because it doesn’t matter to update 1 second or 2 seconds late (when the requirements are not strict).

So I want to open a thread to update the time.

1. Define your own macro for message mapping.

2. Declare and define a thread function.

5. You can get a multithreaded timer. When closing, set timethreadrun to false.

In fact. Net has a special timer for us, and the function can also meet most of our needs. However, sometimes we only need a simple timing requirement, but there are many parameters on the timer. What can we do if we can’t remember? At this time, we can use a simple thread to meet our needs. 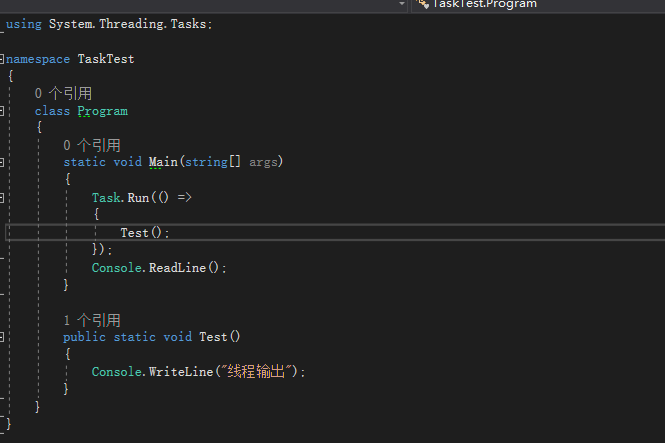 You can see this result after execution

According to the requirements, if it only needs to be executed once, in fact, we just need to add a thread sleep before the thread execution method 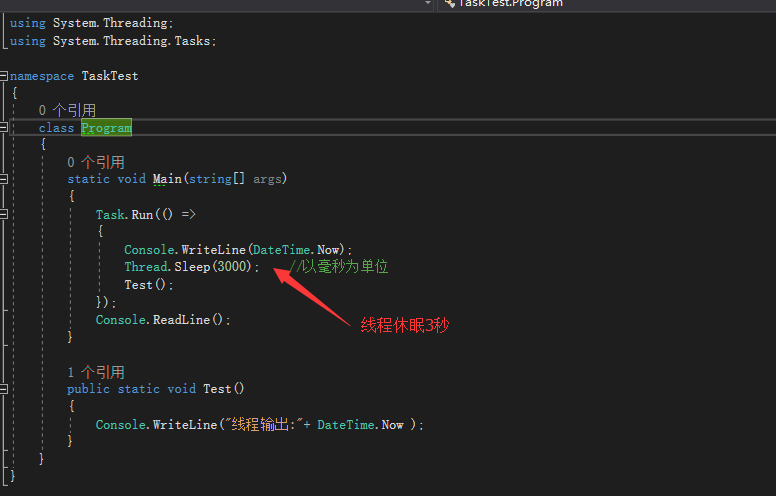 Then let’s see the results

Sleep for three seconds and then execute the following methods. By this time, the thread has finished running.

If our demand is more than once, we can add some cycles appropriately 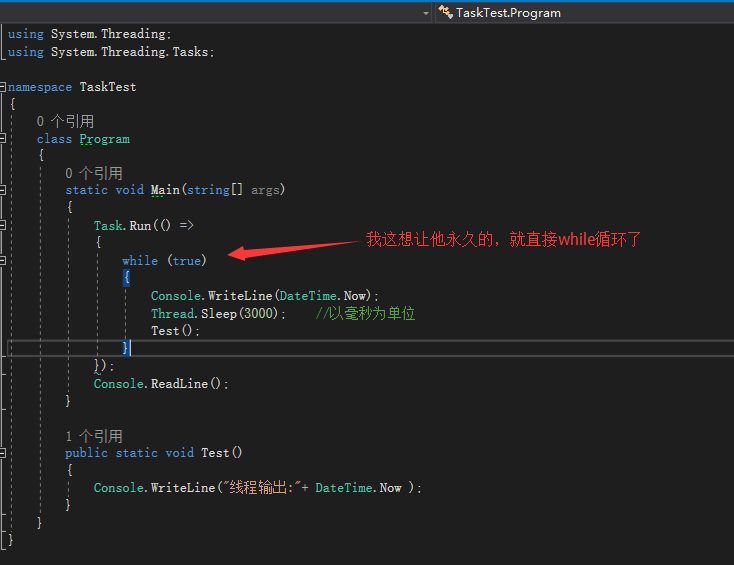 Then you can see our execution after such a loop 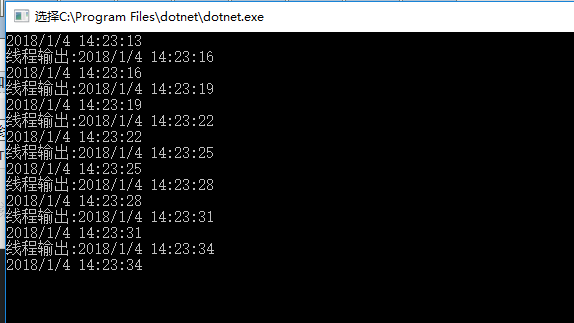 Look, can a simple scheduled task be executed like this

Some people may want to ask about a recycling problem after the thread is completed. First, c# is an object-oriented language. It comes with GC (garbage collector). The system will detect some variables within a certain time. If the object is useless for a long time, it will be cleared automatically.

Secondly, the thread will terminate automatically after running. The CLR will decide when to destroy it to release memory and other resources. Generally speaking, when your resources are insufficient or have higher priority requirements, the memory will be released to avoid affecting CPU performance. If you are really worried, use abort to stop it!